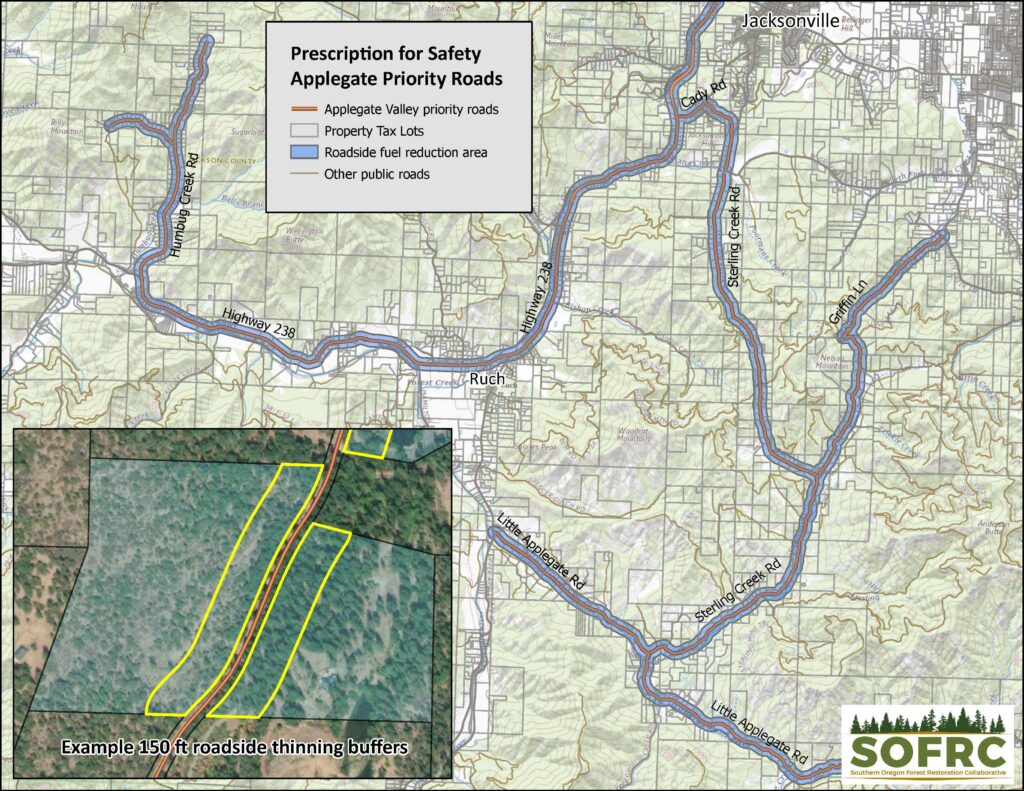 What if we could address much of the dangers of wildfire within a thin 150 foot strip along the road?

During an emergency situation, can a travel route handle a sudden influx of hundreds of frightened drivers evacuating through smoke, while busloads of firefighters and equipment try to get in to attack the fire? Is the route cleared of surface fuels and have tree limbs been pruned up off the forest floor? These are the questions the Little Applegate group, Prescriptions for Safety (P4S) is asking when thinking about how to prepare a community for wildfire.

Most wildfires are stopped at roads. Roads offer 15 feet or more of nonflammable surface allowing firefighters to quickly bring equipment to the area. For roads to be most useful for containing wildfire, firefighters reduce vegetation and fuels on either side of the road. This work is often the most time consuming and difficult part of constructing a fire line while fighting a fire. During wildfire response, many tons of fuel must be removed often, in great haste which doesn’t always allow for thoughtful ecological considerations. Building parts of the fire line before the urgency of a wildfire would create safer conditions (reducing flame lengths) for evacuation and and for firefighters to safely construct line faster in the heat of the moment, and reduce unintended resource damage. Carefully done, fuel treatments along roads can provide added value and be esthetically pleasing. To do such work carefully, we should start now, well ahead of the next wildfire.

Utilizing a method known as Potential Operational Delineations (PODs) we can figure out which reads would make good fire lines, and which roads are most important for evacuation. In the Little Applegate, this is Sterling Creek Road, Griffin Lane, Little Applegate Road, Humbug Creek Road and Highway 238. P4S is making these areas a priority by providing funding and on the ground work for landowners along these roadsides, to do up to 150 ft of fuel reduction work.

Prescriptions for Safety is a Grassroots effort!

With operational support from:

And funding support from:

Through mutual learning and collaboration, P4S aims to better prepare the Applegate community for a wildfire emergency. Work has already started with your neighbors in Sterling Creek Road. Take a drive to see how it looks.

If you are a landowner along Sterling Creek Road, Griffin Lane, Little Applegate Road, Humbug Creek Road or Highway 238 and interested in support for roadside fuel reduction, contact us directly to get signed up for a property visit. 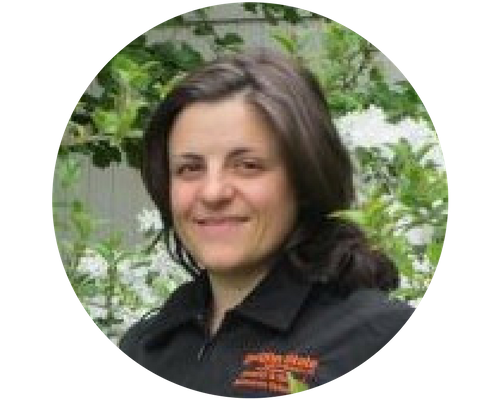